The Card Counter 2021 might not be amongst the best gambling movies, but it surely has something to offer. For starters, it introduces us to some of the most popular casino games and briefly explains their rules. As we get into the shoes of a professional gambler and learn how he thinks and acts, the story unravels a much deeper and darker storyline, but we will get into that in the following chapter.

The Card Counter Film – Summary of the Plot

Let us begin our The Card Counter review by walking you through the plot. The movie tells us the story of William Tell, a gambler who taught himself how to count cards during his eight-year-long sentence in a military prison. Aiming to avoid unnecessary attention, Tell developed a gambling philosophy to bet small and win modestly. That way, he would remain unnoticed by both fame and the casino bouncers.

Even though William Tell, also known as Will, gambles nearly every day at a different casino, he never stays the night in a casino hotel. Instead, he takes small motel rooms and lives out of two small suitcases. When entering his motel room, he removes any décor and covers all the furniture in plain sheets secured with twine. Anyhow, let us take a short detour from the story and look at The Card Counter film trailer.

When Will Tell enters a tribal casino to participate in a poker tournament with a friend, they find out they are late, and the final table is about to end. However, he encounters La Linda, an acquaintance from the gambling world.

She recognises his skills in counting cards and gambling and explains that she runs a stable, a group of investors who back gamblers for a portion of their winnings. Subsequently, she offers to stake William, but he refuses as he does not want to be burdened by the responsibility.

Later, in The Card Counter movie, William Tell enters a security-industry convention in Atlantic City. The protagonist slips into a seminar held by retired Major John Gordo and leaves almost immediately. A young man recognises him and gives him his number. 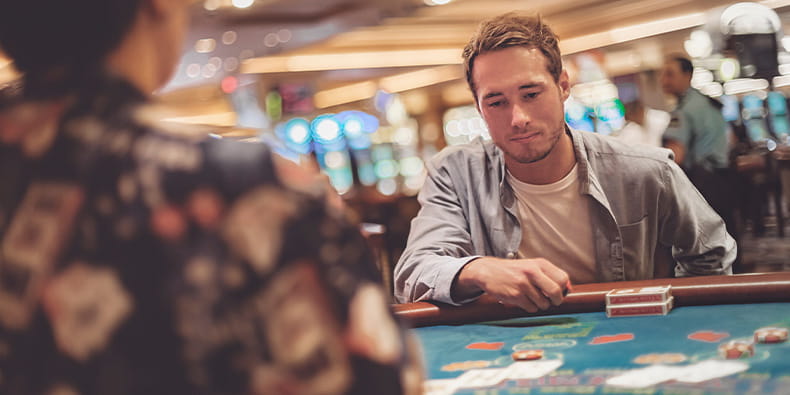 The same night, after having a nightmare about torture in prison, Will calls the young man, meeting in the hotel’s bar. The two sit at a table and start talking. The young man, named Cirk, says that he knows who William really is, PFC William Tillich, a soldier, tried and convicted for his role in the Abu Ghraib torture and prisoner abuse.

Cirk also explains that his father, Roger Baufort, was also stationed at Abu Ghraib. Just like Tell, he was dishonourably discharged and served time, but the traumatising experience led him to drug addiction. Roger became violently abusive; thus, his wife left him and eventually, he killed himself.

The young man asks Will to help him capture, torture, and kill Gordo, as he was the one responsible for their misfortune. Respectively, Tell refuses to seek revenge and offers to take Cirk along as he gambles and keep him away from a violent life. 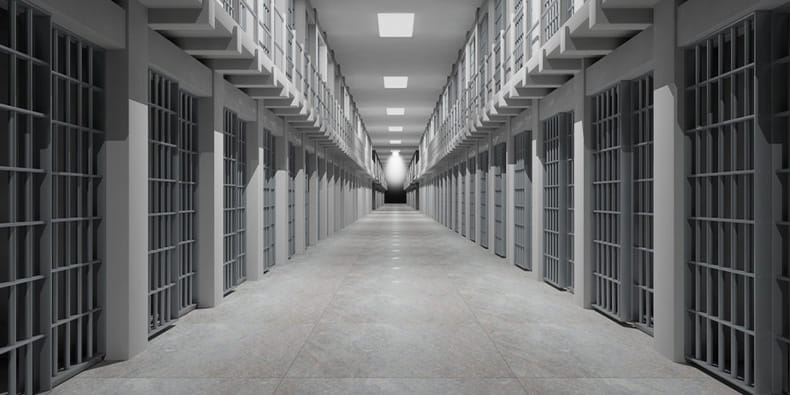 On the next day, William Tell calls La Linda and tells her that he is interested in making an arrangement. However, his condition is for her to back him at the World Series of Poker as he plans to win enough money to help Cirk cover his debts and start a new life. After that is done, Tell will use the rest of the money to retire.

During the qualifying round in Panama City, Cirk shares to Tell he still intends to kill Gordo. The veteran is angered by this news and takes the youngster to his motel, confronting the man with a harsh interrogator persona. Following that, Will presents Cirk with $150,000 from his gambling endeavours and encourages the young man to leave his vendetta, pay off his debts, and return to his mother in Oregon. 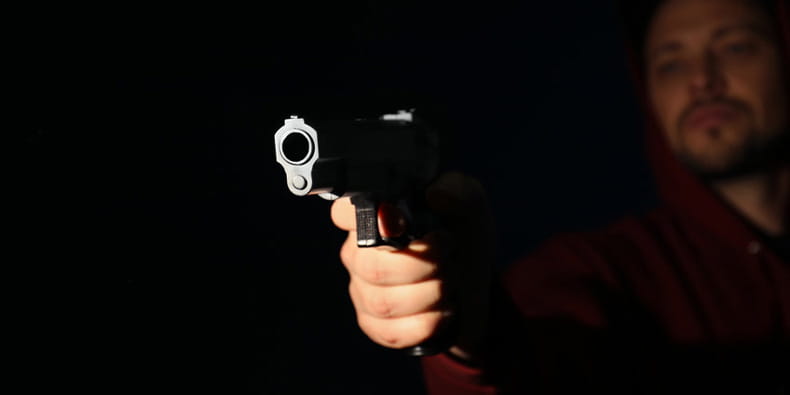 Tell returns to the tournament, accompanied by La Linda, who has begun a relationship with. While on a break, he receives a message from Cirk, revealing he still intends to kill Gordo. These unsettling news drive Will to walk off the tournament, but he is too late as he stumbles upon a news report showing that Gordo had killed an armed home intruder. Enough said, as we don’t want to spoil the whole movie for you. Let’s move on to some interesting details about the production.

The Film Critics – Is Something Missing?

Some of the top-rated critics have pointed out that whilst the final act is engaging, the journey to get there is slow to the point of tedium. The story takes us from one casino to another without giving us an idea of where we’ll end up; thus, not giving us a reason to care.

In terms of the dialogue seen throughout The Card Counter movie, reviewers have recognised the few moments of humanity and casual interaction. However, more often than not, the conversation in the film feels heavy-handed, as if it was written by a first-year university student attempting to prove their mastery. 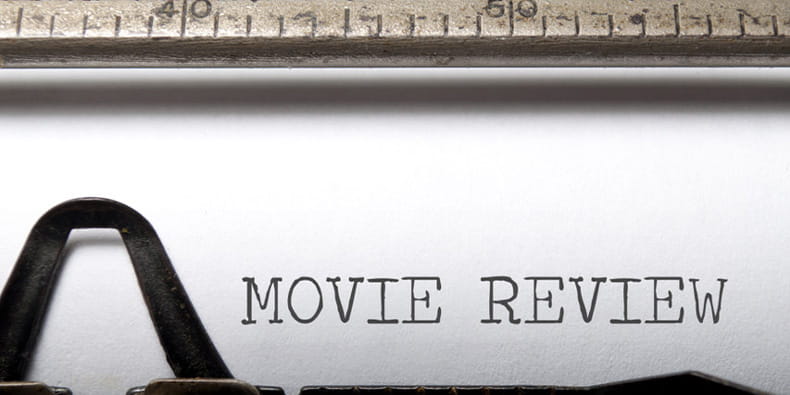 The casts’ performance has also received mixed public and critics’ feedback. Most of the audience liked how Isaac had performed, but they were somewhat disappointed with the character itself. Willem Dafoe, who plays Gordo, isn’t on the screen long enough to properly feel his performance and character. Most other personas, including La Linda and Cirk, seem too generic and blunt.

We want to note that the viewers also complained about The Card Counter music. Some have noticed some strange moments where the sounds do not match or seem distorting. In some moments in the movie, there is phasing between mics and varying levels in the dialogue within the same scene, as if the crew was switching between two different mic positions or takes. This brings the overall evaluation of the The Card Counter music to a very low level.

Now that we have talked about some of the main criticism regarding The Card Counter movie let us say a few things about the film production. First and foremost, The Card Counter UK release was on November 5, by Focus Features. It was directed and written by Paul Schrader and filmed in Biloxi, Mississippi, USA.

The Card Counter 2021 cast stars big Hollywood names like Oscar Isaac, Willem Dafoe, Tye Sheridan, and Tiffany Haddish. Interestingly, this crime drama film’s executive producer is the one and only Martin Scorsese. Here are some more details about the The Card Counter film production:

The Card Counter movie has a runtime of 112 minutes, presenting it as a standard watch as it is neither too long nor too short. During its opening weekend in the US and Canada, the gambling film generated more than $1,039,580, later reaching $4,613,180 gross box office sales. Overall, The Card Counter film did well in the theatres.

If you are interested in watching The Card Counter movie online, you could make an account at any of the streaming services and pay for a subscription. However, have in mind that those services give you the option to rent movies for a limited time.

At certain points of the movie, you might question yourself if The Card Counter 2021 was about gambling or not. Even though Isaac’s character continuously takes us from one casino to another, the subtle focus of the movie was somewhat focused in a different direction.

Nevertheless, The Card Counter movie dedicated a considerable amount of its screen time at casinos, where many cards were dealt, and multiple hands were played. In fact, the film begins on a casino table, where Isaac’s protagonist introduces us to the rules of blackjack.

The Card Counter 2021 does not go into specific details as to what variant of the game we are watching, but it seems as if it is the classic blackjack version. In case you want to play blackjack yourself, after watching the American drama production, you can recreate similar settings and experiences by visiting any of the best casino sites in the UK.

As the movie progresses, we are roughly introduced to the rules of poker as well. The protagonist does not detail the exact regulations and staples of the game but instead focuses more on the strategy and philosophy surrounding poker. On one occasion, Tell speaks about the roulettes too! 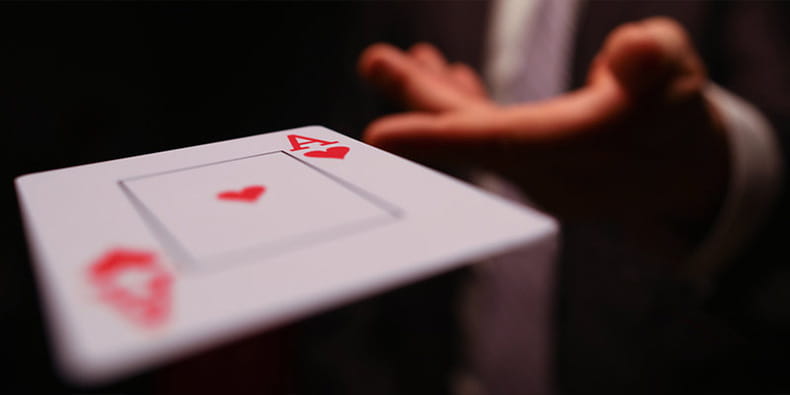 Perhaps, what sets out The Card Counter film from the crowd is the fact that the movie actually focuses on the cards and the strategy involved on multiple occasions. Especially when introducing us to the card counting technique, the film gets really precise and thorough. It was so well made that you might want to test the strategy yourself.

As it is not considered illegal, you could try implementing the card counting strategy at any live blackjack online casino table. However, keep in mind that modern technology has made it much more difficult.

As we have reached the end of our The Card Counter review, we’ve decided to dedicate this final section to the most frequently asked questions regarding the movie. We came across quite a few commonly raised queries about this gambling movie all over the internet; thus, we gathered our experts to answer some of them for you!

1️⃣ What happens in The Card Counter movie?

The The Card Counter movie plot tells us the story of William Tell, a humble gambler who travels from one casino to another, playing small hands and trying to remain under the radar. As the movie progresses, Will’s past catches onto him, and the reality becomes much more complicated and dark.

2️⃣ Where can I watch The Card Counter film online?

Currently, there are some streaming services where you can watch The Card Counter 2017 online. Depending on your personal preferences, you can choose between VUDU, Netflix, Prime Video, or Apple TV. Regardless of which provider you choose, you get the option to rent the movie or get unlimited movie access by subscribing to the platform.

3️⃣ Who starred in The Card Counter movie?

The The Card Counter 2021 cast includes award-winning actor Oscar Isaac, the legendary Willem Dafoe, as well as Tiffany Haddish, and Tye Sheridan. Throughout The Card Counter movie, you will stumble upon other familiar faces, such as Alexander Babara and Bobby C. King, but they play supporting roles without much screentime.

4️⃣ What casino game do they play in The Card Counter 2021?

As you have read in our review, there is plenty of gambling activity in The Card Counter 2021. Right from the start of the movie, we are introduced to blackjack and the card counting technique; roulette is also mentioned as being more reliable. Furthermore, later in the movie, Will enters into a poker tournament as well.

5️⃣ Is The Card Counter 2021 worth watching?

Overall, we would say that The Card Counter is worth watching. Looking at the The Card Counter movie criticism, the film had received somewhat of mixed feedback. Some critics enjoy it while others find it dull. Therefore, to be certain, we recommend you watch the movie and find out where you stand on the spectrum.

6️⃣ What does Martin Scorsese has to do with The Card Counter?

Just as briefly mentioned in our movie info table, the famous Martin Scorsese is also a part of The Card Counter film. However, his role is behind the camera, acting as an executive producer for the project. It is up to him and the other executive producers to deal with the production’s legal, financial, and marketing aspects.